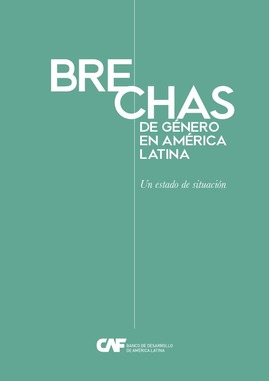 The program AUH, is one of the pillars of Argentine social policy. It’s aimed at the most vulnerable children and adolescents.
This study on AUH is the result of an interdisciplinary work carried out by researchers from CEDLAS and IIEP BAIRES-UBA CONICET with the support of UNICEF, ANSES and the Ministerio de Desarrollo Social.

Fiscal and Welfare Impacts of Electricity Subsidies in Central America 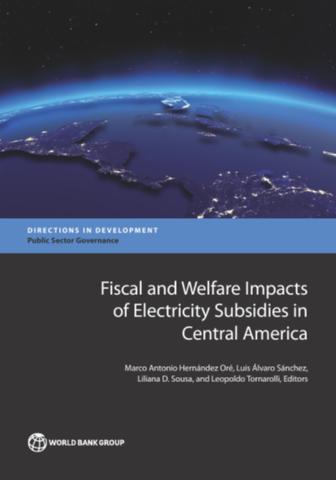 Central American countries spend approximately one percent of their aggregate gross domestic product subsidizing residential electricity consumption. This amount is comparable with what these countries spend on education and social assistance. The pressure that electricity subsidies exert on government budgets is particularly high when international energy prices rise. Electricity subsidies also provide perverse incentives for the overconsumption of electricity as households do not pay the true cost of their consumption, which in turn reduces incentives to increase energy efficiency. This book answers key questions regarding residential electricity subsidies in Central America. In particular: How do the subsidy mechanisms function in each country? What are their fiscal costs? Are these subsidies good value for the money? How efficient are subsidies in reaching households in need, and what drives this efficiency? What are the reform options? 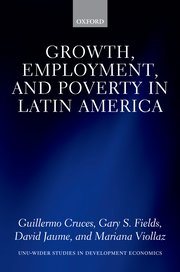 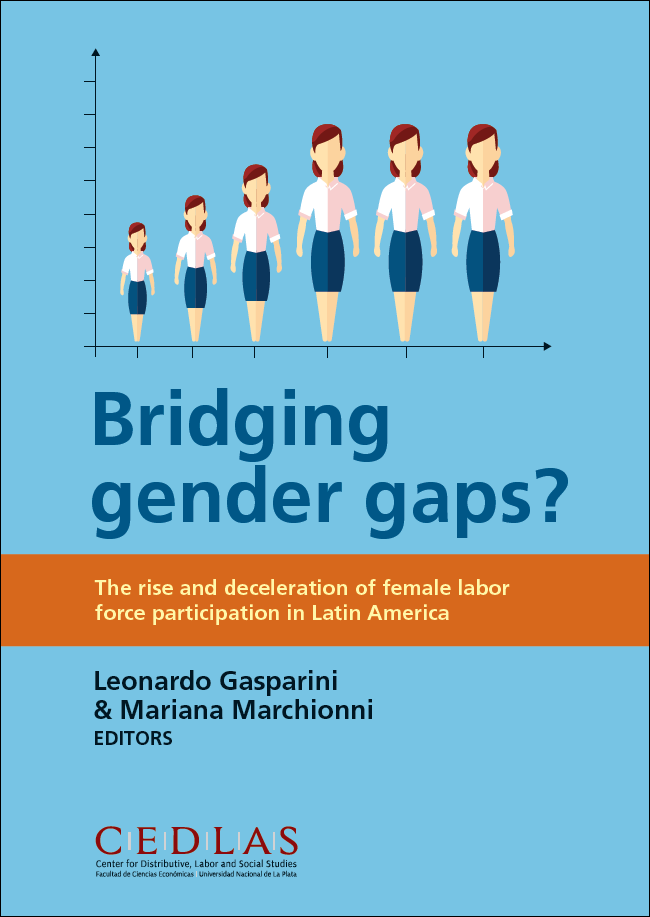 The book “Bridging gender gaps? The rise and deceleration of female labor force participation in Latin America” shows that since the early 2000s women’s entry into labor markets in Latin America has shown signs of widespread and significant deceleration.

While female labor participation rose rapidly over the 1990s, the rate of increase fell to one-third in the following decade, and even stopped in some countries.

The book page includes the full text, executive summaries in Spanish and English, a video and interactive graphs.

Poverty and inequality are central social problems in Latin America. This book develops the main conceptual discussions on these issues, provides a comprehensive set of analytical tools, applies them to specific household survey data, and provides evidence for all Latin American countries.

The volume, written by three well-known researchers on distributive issues, provides the reader with a set of analytical instruments necessary to be seriously involved in empirical research on poverty and inequality, in order to contribute to the ultimate objectives of explaining and improving the social reality of the region.

The book is only available in Spanish 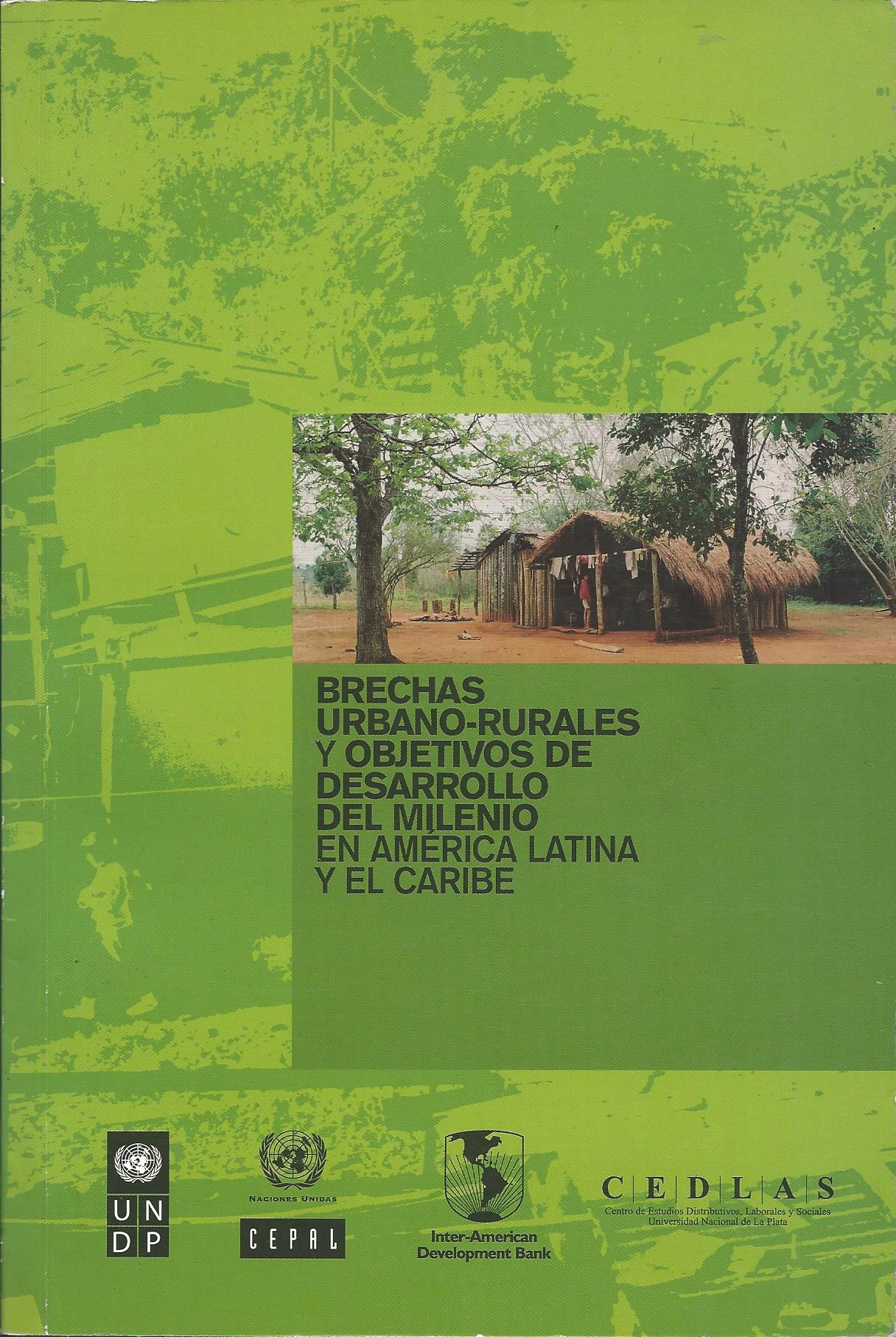 Periodic evaluation of the MDGs in the region and within each of their countries is essential for proper coordination of efforts in the international community. The comparison between countries allow us to identify those nations lagging behind in terms of development and analyze their characteristics, investigating possible causes of their relative delay. Within each country, monitoring of the MDGs highlights the areas that present the greatest shortcomings, providing a diagnosis for the design of policies and for a proper allocation of public resources.

This paper analyzes, based on the information available in household surveys, the current situation of the countries of Latin America and the Caribbean, recent developments and future prospects in light of the MDGs, focusing on the contrast between the rural and urban areas.

Tables and summaries per chapter

Chapter 1 shows statistics to compare the overall situation in terms of the MDGs in Latin America with respect to other developing regions. Then, there are statistics on the size and evolution of the rural population in the countries of the region. Finally, we introduce the data used in the study, and discuss the precise definition of rural used.

This chapter provides a socio-economic characterization of rural and urban areas of Latin America and the Caribbean, which will allow us a better assessment of the MDGs.

This chapter presents evidence on the relationship between poverty and geography to the 17 Latin American and Caribbean countries included in the sample. It compares the situation of urban and rural populations in terms of poverty and living conditions.

This chapter examines the progress achieved in the educational aspect in the countries of Latin America and the Caribbean. When this is possible, the proposed indicators are computed on the MDGs.

the first part of this chapter focuses attention on the gender gap in educational achievement, comparing the situation in urban and rural areas. The second part of the chapter explores the gender disparities in the labor market

The first MDG posits that countries must reduce by half the proportion of poor in the period from 1990 to 2015. In this chapter we perform micro-simulations in order to analyze the effects on rural poverty in simple counterfactual scenarios.

Chapter 7: Characterization of the Rural-Urban Differences in Poverty and Education

Two stylized facts emerge clearly from the previous chapters. On the one hand, rural poverty in Latin America and the Caribbean is higher than urban poverty. Moreover, the rural population has, on average, lower levels of formal education than their urban counterparts. In this chapter microeconometric decompositions are performed that aim to characterize these differences.

Ethnicity and the Millennium Development Goals 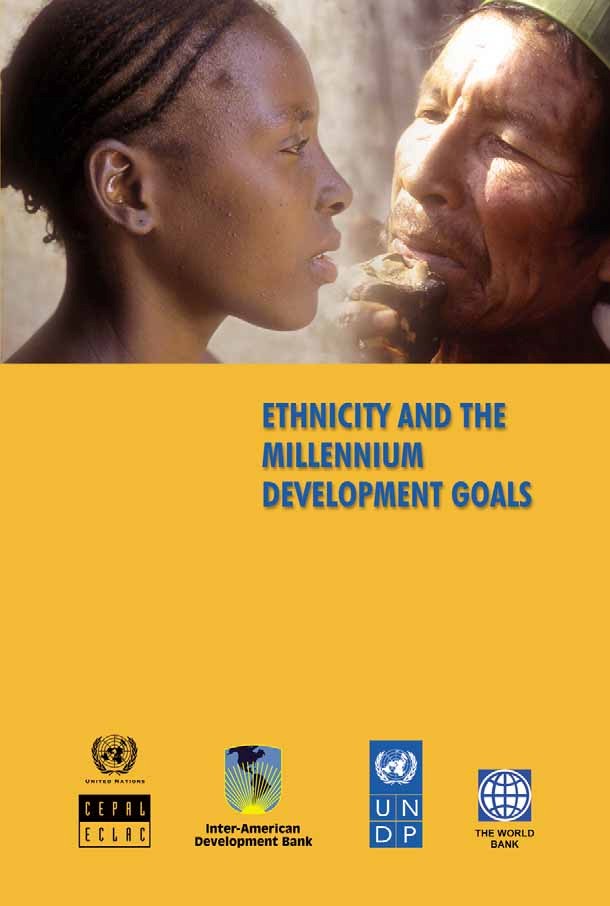 Today the MDGs are far from being satisfied in Latin America and the Caribbean. The emphasis in this study is placed on ethnicity. In particular, we analyze the situation of indigenous and afro-descendent groups vis-à-vis euro-descendent and mestizo individuals using microdata from household surveys from fifteen LAC countries. The paper mainly focuses on the analysis of the three first MDGs: (1) Halving extreme poverty and hunger; (2) Achieving universal primary education; and (3) Promoting gender equality. Our sample includes fifteen LAC countries: Bolivia, Brazil, Chile, Colombia, Costa Rica, Ecuador, Guatemala, Haiti, Honduras, Mexico, Nicaragua, Panama, Paraguay, Peru, and Suriname.

Tables and summaries per chapter

Chapter 1: Ethnicity and the Millennium Development Goals in Latin America and the Caribbean

In Chapter 1 we propose an operational definition that allows us to identify ethnic groups in LAC household surveys. We also present a description of some important socio-economic characteristics (location, household type and labor market variables) of indigenous and afro-descendent people.

This chapter provides descriptive evidence about the relation between ethnicity and poverty. We analyze the situation of indigenous and afro-descendent people in terms of poverty and living conditions in fifteen LAC countries. In almost every country non-white groups have higher poverty rates than white groups, according to all poverty lines. For instance, the median ratio of non-white poverty to white poverty is 2.2 when using 1 dollar-a-day, and 1.8 when using 2 dollars-a-day. Differences in other indicators of living conditions are also significant.

Chapter 4 asses the Millennium Development Goal 3 that refers to the elimination of gender disparity in all levels of education no later than 2015. Latin America and the Caribbean is one of the regions in the world where the usual indicators of education show a relatively high gender equity and this holds when analyzing the sample by ethnicity. However, there are some exceptions worth noticing.

In Chapter 5 we use a simple microsimulation technique to estimate the effect at the national level of achieving the MDGs for the indigenous and afro-descendant populations in the Latin American and the Caribbean countries in our sample. To that end, we simulate the implementation of a transfer program that allows the indigenous and afro-descendent people to leave poverty behind. The reduction in the poverty incidence at the national level varies widely between countries, ranging from 27 percentage points in the case of Haiti (from 51% to 24%) to 0.07 percentage points for Chile (from 3.53% to 3.46%). As expected national poverty reduction is higher for those countries with a larger non-white population (i.e. Haiti, Bolivia, Guatemala, Paraguay, and Brazil).

A countless number of factors may explain the differences in poverty rates between whites and non-whites. In the first part of Chapter 6 we concentrate in six of them: i) returns to education; ii) the gender wage gap; iii) returns to experience; iv) the dispersion in the endowment of unobservable factors; v) hours of work; and vi) the education of the active population. We estimate the sign and the relative magnitude of the effects of these factors for explaining differences in poverty incidence between whites and non-whites. The indigenous and afro-descendant active populations tend to be less educated than their white counterparts. These differences have a negative effect in non-whites’ poverty incidence for eleven countries. In the second part of Chapter 6 we implement a microeconometric decomposition of differences in the rates of school attendance by ethnicity/race for three education levels: primary; secondary; and tertiary. We find that the differences in the individual characteristics of the children in age of attending primary school explains a large part of the difference between rates of school attendance for whites and non-whites in all countries. This conclusion applies to the three educational levels.

Chapter 7: Policies to Meet the MDGs

In Chapter 7 we revise different policies to address the specific problems that indigenous and afro-descendent populations suffer. 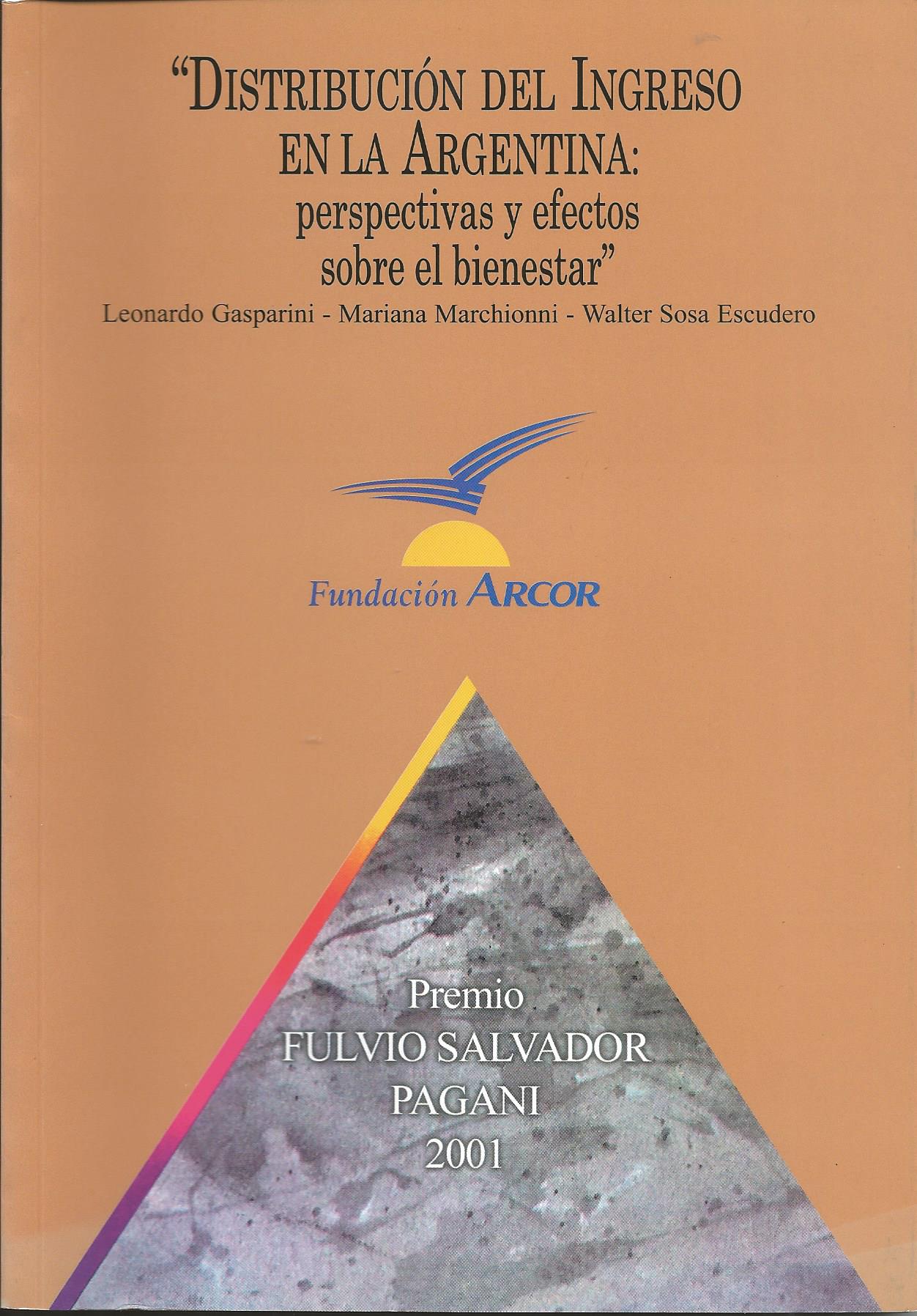 This book presents a comprehensive – though not exhaustive – analysis of the problem of income distribution in Argentina. The study provides novel empirical evidence and systematizes existing literature on the subject. The development of the work is documented with an extensive list of references, which guide the interested reader to the literature that is considered more relevant. The work is an economic study of distributive issues directed to both economists and people not trained in economics.